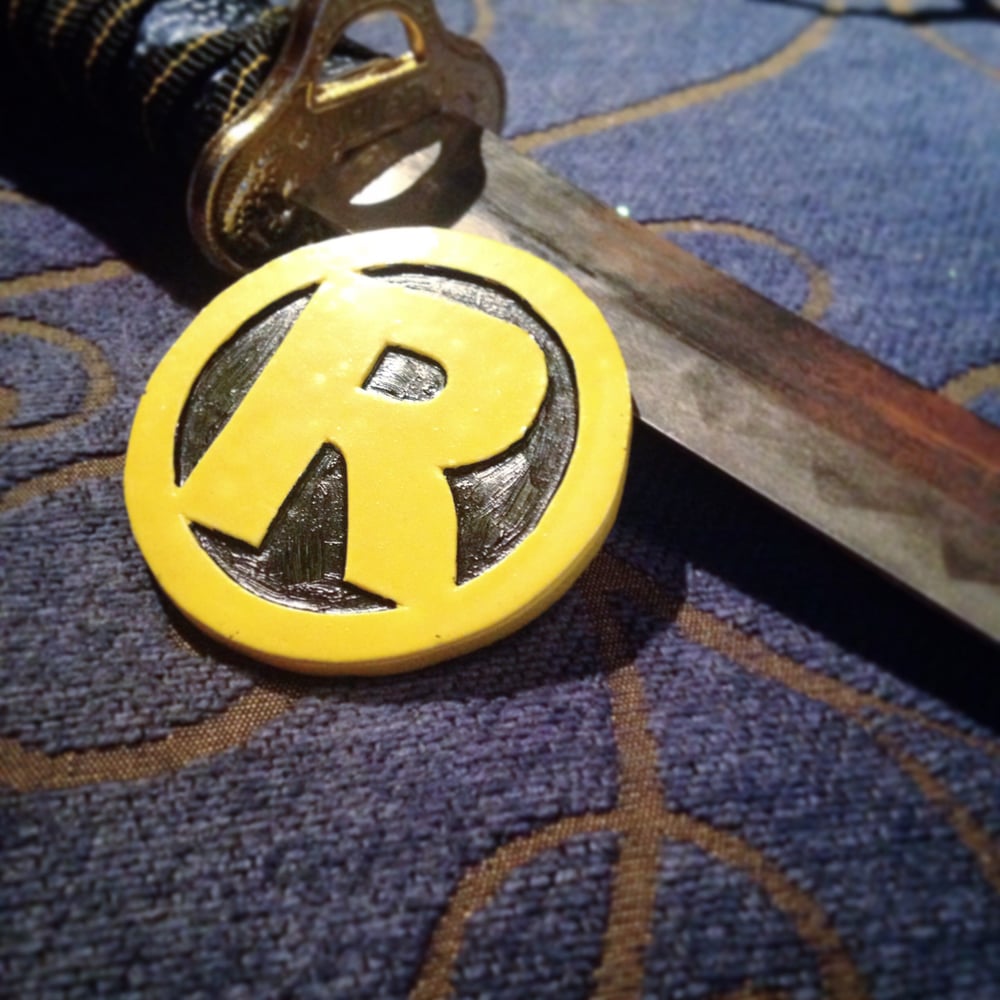 "You have to keep your center, Damian. You can't fight crime by becoming a criminal. From now on, stay close. That's an order."

As the son of both Talia Al Ghul and Bruce Wayne, Damian spent his formative years with his mother and grand father, Ra's Al Ghul, training with the League of Assassins. It was only after the death of Ra's that he was given over to the care of his father, taking on the mantle of Robin.

Our solid resin Robin crest is based off Damian Wayne's costumed crest. The piece measures 6cm in diameter and has been hand painted and sealed.

I in no way own the rights to Batman, Robin or any related material. This is a fan made prop.