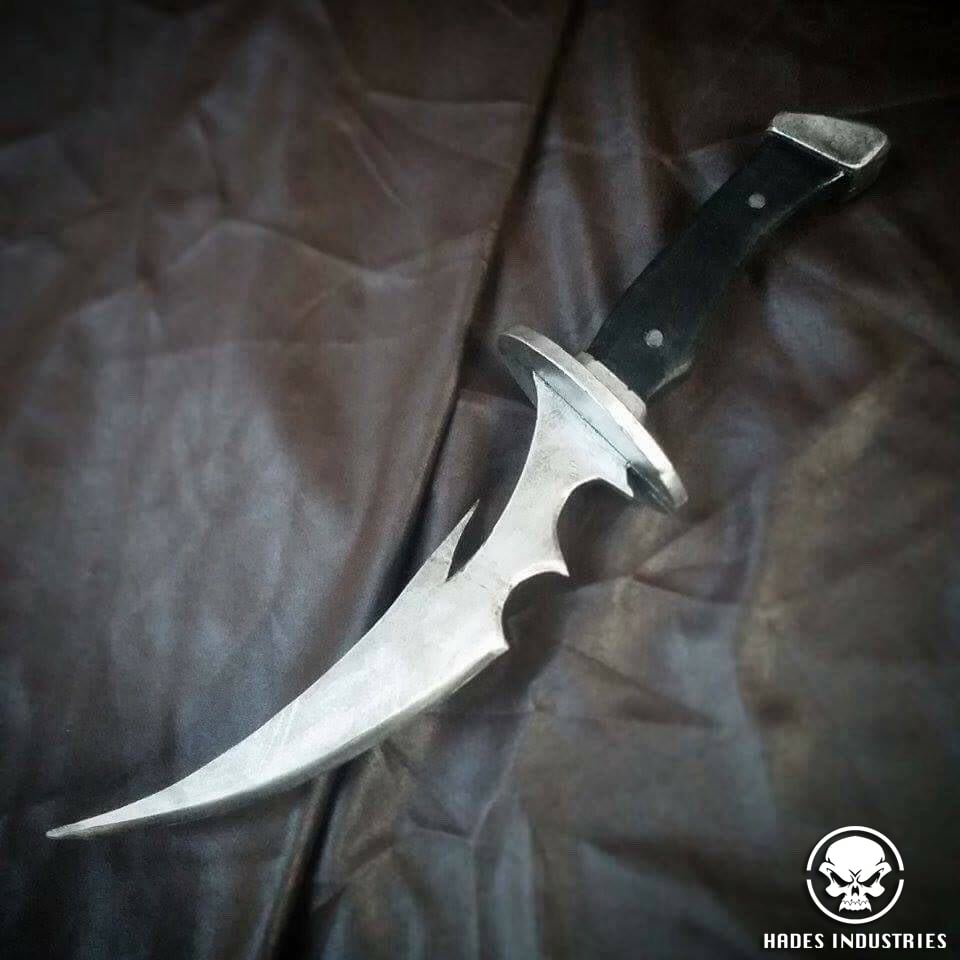 Modeled to look like the knife used in the animated Batman: Under the Red Hood by Jason Todd, former Robin turned supposed super villain, this knife is one of the few things Batman says can cut his lines. This Half Batarang has been modified into a knife to serve the new Red Hood as he takes more drastic action in taking down the criminals of Gotham than his former partner would allow.

The prop, measuring in at 38cm in length, is made of a solid pour of white, impact resistant resin which is hand painted, detailed and sealed in several clear coats.

This is a prop and made for display purposes only. Hades industries accepts no responsibility for damage or harm caused by misuse of its products.

I in no way own the rights to Red Hood, Batman or any related media. This is a fan made prop