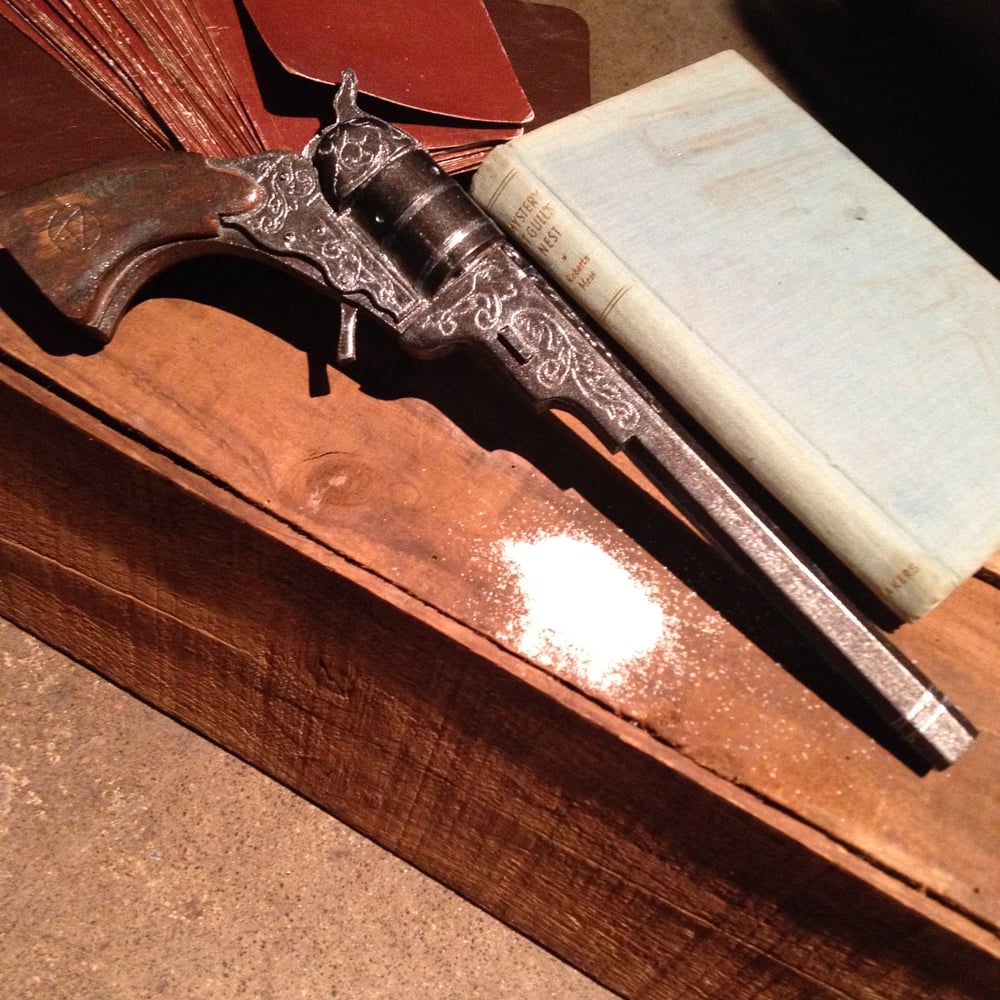 "It's just a story. A legend, really. Well, I thought it was. Never really believed it until I read Daniel's letter. Back in 1835, when Haley's Comet was overhead, the same night those men died at the Alamo, they say Samuel Colt made a gun. A special gun. He made it for a hunter, a man like us, only on horseback. The story goes, he made thirteen bullets. This hunter, he used the gun a half-dozen times before he disappeared, the gun along with him. 'Til somehow Daniel got his hands on it. They say... they say this gun can kill anything."

Measuring at 31cm x 12cm this piece is a solid resin casting, hand painted, detailed and sealed. It has been moulded off our hand made original made in house at Hades Industries. The original was hand engraved using many references and screen captures from the popular TV Series

NOTE: This piece is designed for display only. Hades Industries accepts no responsibility for damage or harm caused by misuse of its products.

I in no way own the rights to Supernatural or any affiliated material. This is a fan made replica.