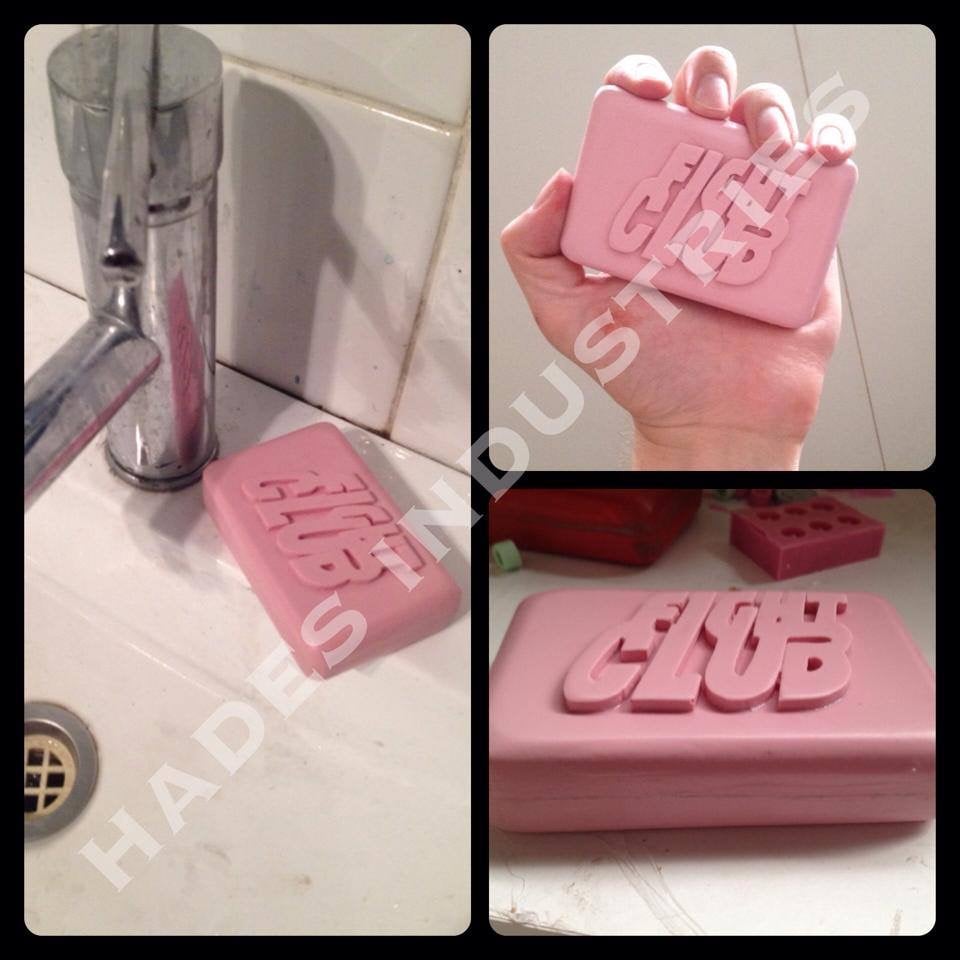 Based on the prop use on the main poster of the major film Fight Club This fight club soap bar is made of a pigmented rigid resin which has been rotorcast, making the prop hollow. The prop is 10cm long, 7.5cm wide and 3cm Deep. The bar is one piece with the writing being all part of the main body.

This is a resin prop, not actual soap. It is for display purposes only!

I in no way own the rights to Fight Club or any related material. This is a fan made prop.